About Us
|
Our Staff
|
Why Choose Us
|
Testimonials
|
Contact Us

The experienced staff of the Calvin Funeral Home is comprised of dedicated and licensed professionals with the experience to answer all your questions regarding our services. Please feel free to contact any of our staff members at any time. 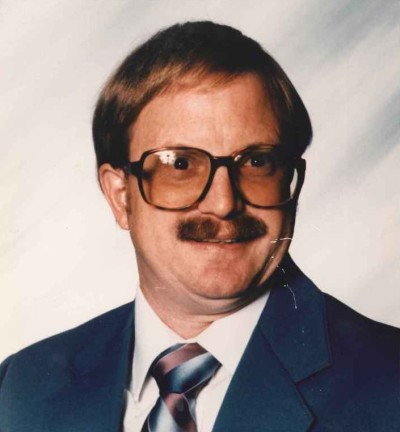 Gerald, or Jerry as he is known by most locally, has resided in the Hartford community for most of his life. He is a 1970 graduate of Hartford High School and a 1975 graduate of Western Michigan University (in Kalamazoo, Mich.), where he earned a bachelor's degree in education. He also graduated from Worsham College of Mortuary Science (in Wheeling, Ill.) in 1991. Before training to go into the funeral business, he taught elementary school on an Indian reservation in Norris, S.D.

Gerald married into the funeral business. His father-in-law, Dale Leonard, was the owner and operator of the funeral home from the mid-1970's until his retirement at the end of 1996. He married his wife, Cindy, on Dec. 28, 1980 in Hartford. They currently reside in Hartford, living in a house right behind the funeral home parking lot. They have three grown children - Janell, Jerrod and Jenna.

Gerald and his family are excited to continue the long-standing tradition of providing caring and compassionate funeral and cremation services for residents of Hartford and the surrounding communities.

About Us
Our Staff
Why Choose Us
Testimonials
Contact Us

We stand ready to assist you. If a death has occurred, please call us at the telephone number below: